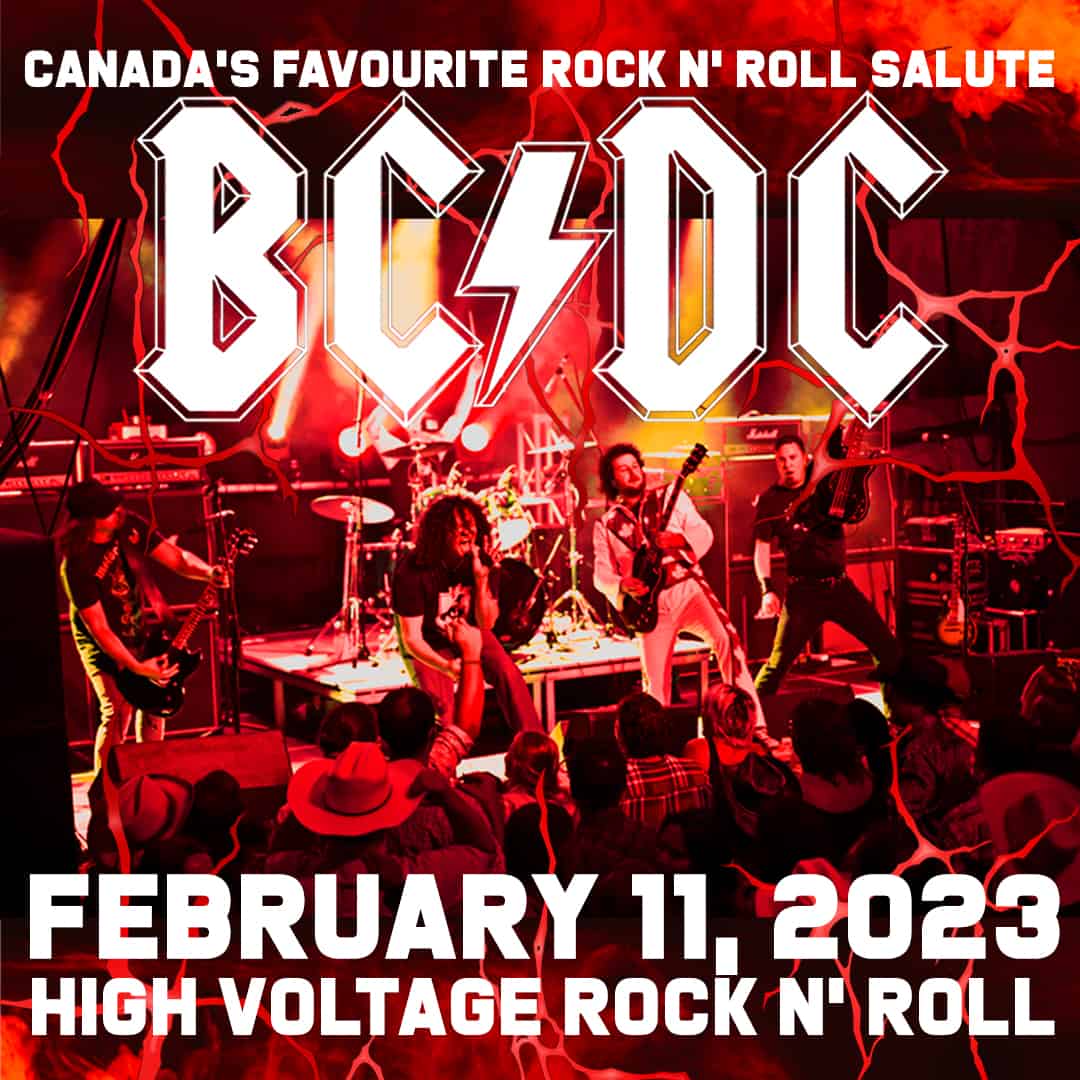 You’ll be shook all night long when the ultimate AC/DC tribute band, BC/DC, rocks the Empress!

BC/DC, from Nelson, British Columbia, is bringing a legendary live tribute show to unwavering AC/DC supporters and believers on Saturday, Feb. 11, 2023 at 7:30 p.m.

Their repertoire is heavily rooted in the Bon Scott-era catalogue (Dirty Deeds Done Dirt Cheap, T.N.T, Jailbreak, Let There Be Rock), but also covers AC/DC’s second golden era with all the essentials: Back in Black, For Those About to Rock, Hells Bells, and many more.

They’ve delivered on-ice performances at Vancouver Canucks home opener games; put on a Canadian Football League halftime show in Calgary; headlined at the Winter X-Games in Aspen, Colorado and rocked more than a thousand other concerts across Canada and the US.

If there’s a Canadian cultural export any rowdier than BC/DC, you can bet your axe lead guitarist Marc the Sharc will hang up his Gibson SG in shame.

For more information, contact the Empress Theatre at 403-553-4404 or info@macleodempress.com.